Odisha's art and culture, fairs and festivals, dances and music are a treat for the tourists who love to see colours and enjoy life.

The historic JAGANNATH TEMPLE at Puri was built in the year 1078, and renovated to its present form in the year 1174. The flag atop the temple always flaps in the opposite direction of air.
From any place in Puri you will always find the Sudarshan Charka (Charka at top of Temple) facing you. Normally during day-time, air comes from sea to land & during evening, the vice-versa occurs. But in Puri it’s totally opposite. No bird or planes fly above the temple.
The shadow of the main dome is invisible at any time of the day. The quantity of cooked food inside the Temple remains same for the entire year. But that same quantity of prasadam can feed few thousand people & 20 lakh people, Still it won’t get wasted.
After entering from Singhadwara’s first step (from inside of the Temple), you cannot hear any sound produced by the ocean. But, when you cross the same step (from outside of the Temple) you can hear it. This can be noticed clearly during evening.

It is 1 km from Puri Hotel 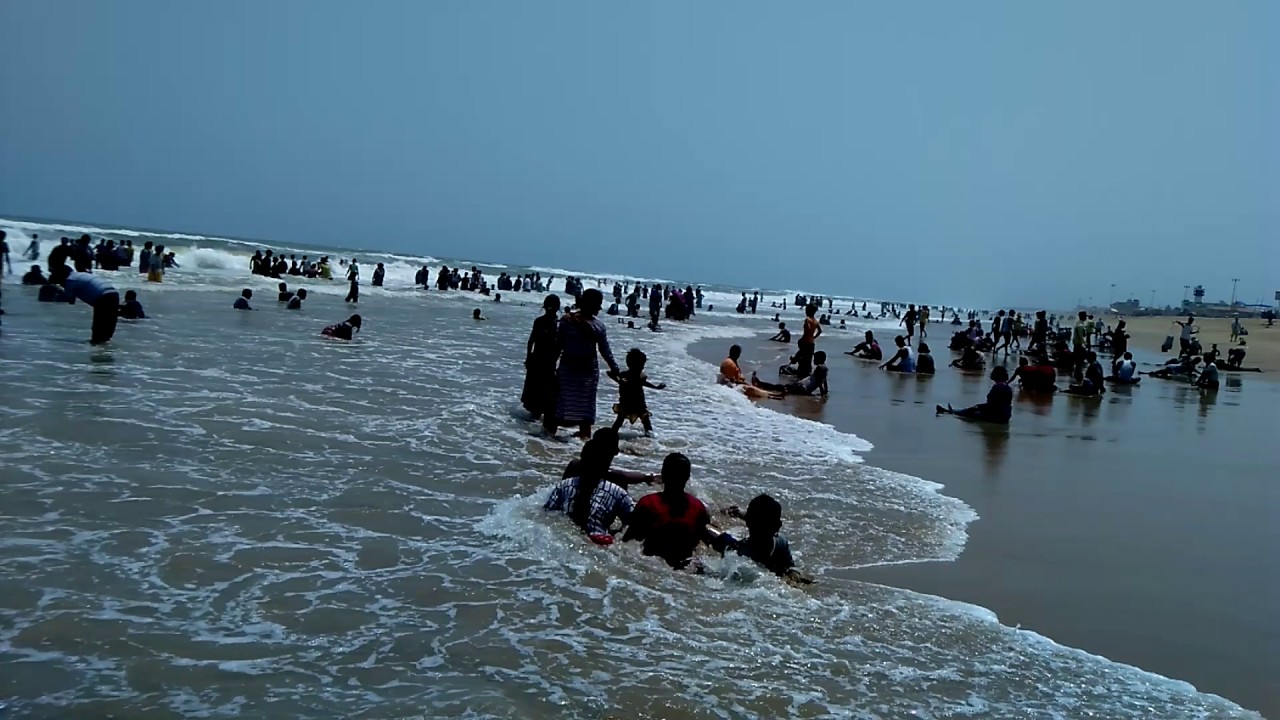 PURI SEA BEACH, on the shore of the Bay of Bengal, is known for being a popular tourist attraction and a Hindu sacred place. It has attracted countless devotees and sea lovers to take a purification dip for both Indians and foreigners. The brushed sand dunes, the beautiful sunset, sand arts by local sand artists, roar of the breakers and the local fisherman's fleet work give sufficient reason to visitors enjoy this beautiful beach.

It is 0 km from Puri Hotel

Tour to CHANDRABHAGA BEACH, Konark, often marks the end of the tour to Sun Temple in Konark. It is not a written rule though. You can begin your day at this quaint stretch of beach named Chandrabhaga Beach that is perfect for picnics, swimming, boating and relaxing.

It is 20 km from Puri Hotel

THE WORLD FAMOUS SUN TEMPLE at Konark marks the zenith of Odhisa's temple architecture that is structurally innovative and visually enticing. The Konark Temple also marked the beginning of the end of the art and architectural style that would give Orissa a unique identity in a world full of copycats. The Sun Temple was built on the golden sands of the beach that is now 2 km away from where it initially was.

Its 40 km from Puri Hotel

Tours to CHILIKA LAKE Bird Sanctuary is a journey to remember for a lifetime. Spread over 1,100 sq km of clean blue water, evergreen hillocks and a stunning variety of avian, aquatic, reptilian and animal life, tour to Chilka is a rejuvenating experience into the bird kingdom of Orissa set within the largest inland brackish (salt water) lake in Asia.

It is 55 km from Puri Hotel

Amidst the natural beauty of natural forest adjacent to Chandaka-Dampara Wildlife Sanctuary, NANDANKANAN lies in the vicinity of Kanjia lake close to Baranga Railway station on Cuttack-Bhubaneswari route. Nandankanan is the only zoo in India with the credit of having Patas monkey, Eastern Rosella and Open-billed Stork. Besides, it has the glory among the 2 zoos in India having Orang-Utan (others in Kanpur Zoological Park, Uttar Pradesh), Indian Pangolin (others in Jhargram Zoo, West Bengal), Spotted Munia (Others in Sayajibaug Zoo, Gujurat) and Burmese Python (others in Culcatta Snake Park, West Bengal). It is among the three zoos of India having Green-winged Macaws, Cinereous Vulture and Nicobar Pigeon.

Its 76 km from Puri Hotel

SIMLIPAL National Park is home to three of India's biggest animal species --Tiger, Asian Elephant and Gaur. Spread over a sprawling area of 2750 sq. kms, the park is at an altitude of 559.31 meters. Simlipal Tiger Reserve is famous for best care of tigers in india. It is located at the center of Mayurbhanj district in the North-Eastern part of Odisha. The Park is Surrounded by deciduous trees and Sal forests, Simlipal National Park has 12 rivers running across it and also it surrounded by thick wooden slopes, ridges, luxuriant grassland and beautiful waterfalls. 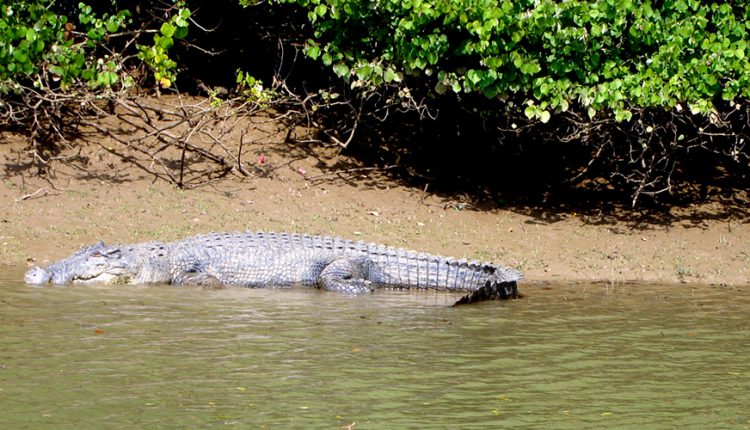 BHITARKANIKA NATIONAL PARK is a national park located in the Kendrapara District Odisha in eastern India. Core area of 145 square kilometre of the Bhitarkanika Wild Sanctuary, spread over 672sqkm, has been designated as a National Park since 1998.

The park is home to the endangered Saltwater Crocodile, White Crocodile, Indian python, King Cobra, black ibis, darters and many other species of flora and fauna. It is one of the largest Mangrove Eco systems in India. it is an unique habitat of Mangrove Forests criss-crossed with numerous creeks and mud flats. 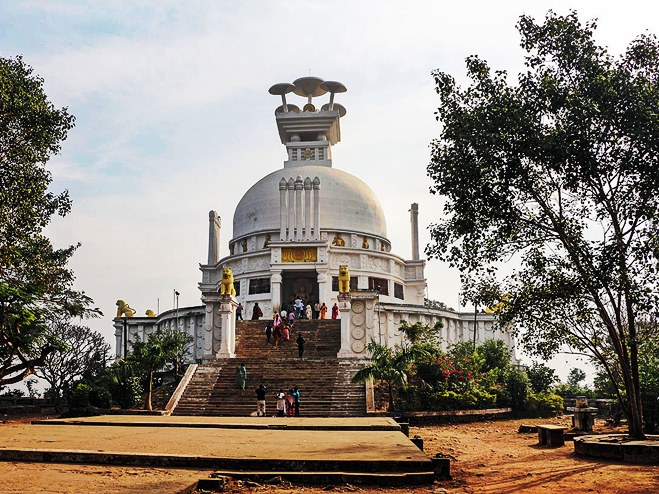 DHAULIGIRI, a hillside with another name as Dhauli located on the River Daya banks, is 8 km far from the south of Bhubaneswar, the capital city of Odisha. You can find splendid Edicts of Ashoka embossed on a mass of rock in Dhauli, beside the way to the hill summit. Dhauli is famous for the edicts related to Buddhism that were composed from the Brahmi script and used Prakrit language. Dhauli also has another attraction named as the Shanti Stupa whose foundation was laid by the Japan Buddhist Sangha. Therefore, Dhauli is a worth visiting place by the diehard devotees of Lord Buddha.

It is 55 km from Puri Hotel 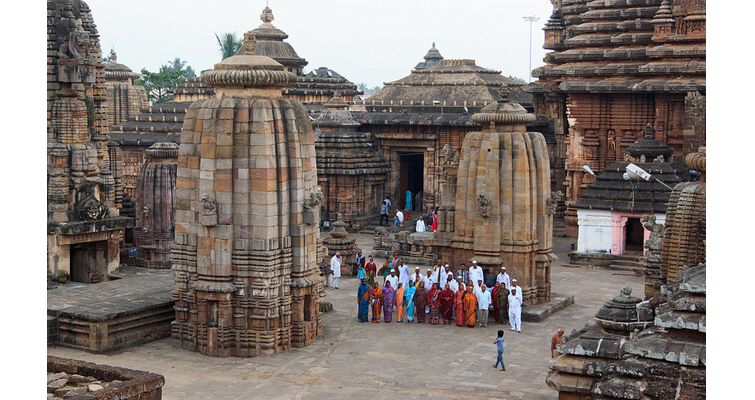 Bhubaneshwar the capital of Odisha is a city of temples, several of which are important from an architectural standpoint. THE LINGARAJ TEMPLE is an outstanding specimen of the Odisha style of temple building. It is about a thousand years old. It is believed to be the oldest and largest temple of Bhubaneshwar. The remarkable structure of the temple gives the tint of Kalinga style of architecture. The aesthetic sculptures look at their apex in this architectural exhibition. Erected in red sandstone, Lingraj Temple has the stone of the darkest shade. The huge temple complex covers the vast lands of Bhubaneshwar in a stretch.

Its 57 km from Puri Hotel 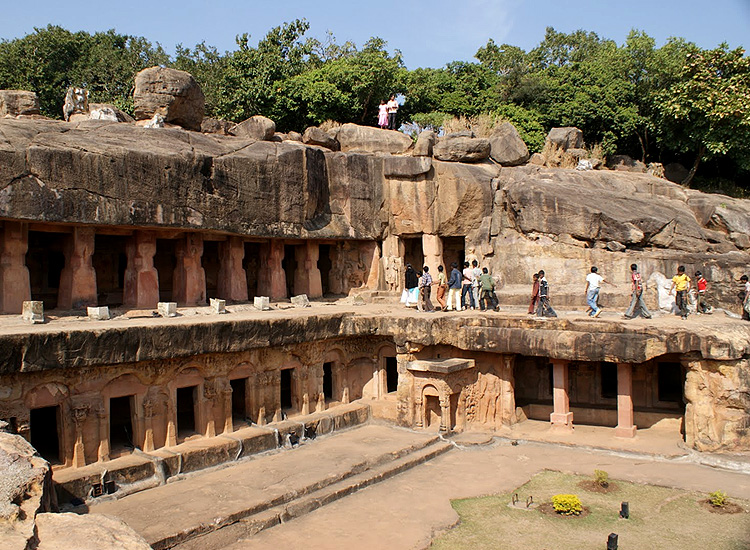 The twin hills and KHANDAGIRI and UDAYAGIRI are located in the vicinity of Bhubaneswar town. The National Highway No.5 passes through the close proximity of the hills. These two hills represent one of the earliest groups of Jaina rock-cut architecture in eastern India in the field of architecture, art and religion. These caves were first brought to the notice in 1825 A.D.. Udayagiri means "Sunrise Hill" and has 18 caves while Khandagiri has 15 caves.

Its 79 km from Puri Hotel